With the rise and universal acceptance of electricity, especially in the 21st century, there exist a new gadget, a device, that like the television, is quite difficult to ignore.

Designed in such a manner that sunlight can be trapped via solar panels and stored in it by means of its internal batteries, these units are also equipped with inverters that on demand, discharge the stored DC – but not after converting same to AC for onward use.

For camping, RVing, hiking and most importantly, for deployment when natural disasters strike, these portable solar generators remain life savers.

For others with additional features like a built in jump starter, they can also be deployed to smartly jump start dead car batteries – when the options are truly slim and alternatives, completely non-existent.

Sadly, many Americans (and the rest of Western Europe and North America) either have not heard of these smart portable options or, do not generally envisage any advantages or benefits buying and using same.

Here today, I intend to change that narrative. Here today, I’ll detail six very important and indispensable reasons and benefits why it is a smart option to keep a portable solar unit around you.

Let’s fire on all cylinders! 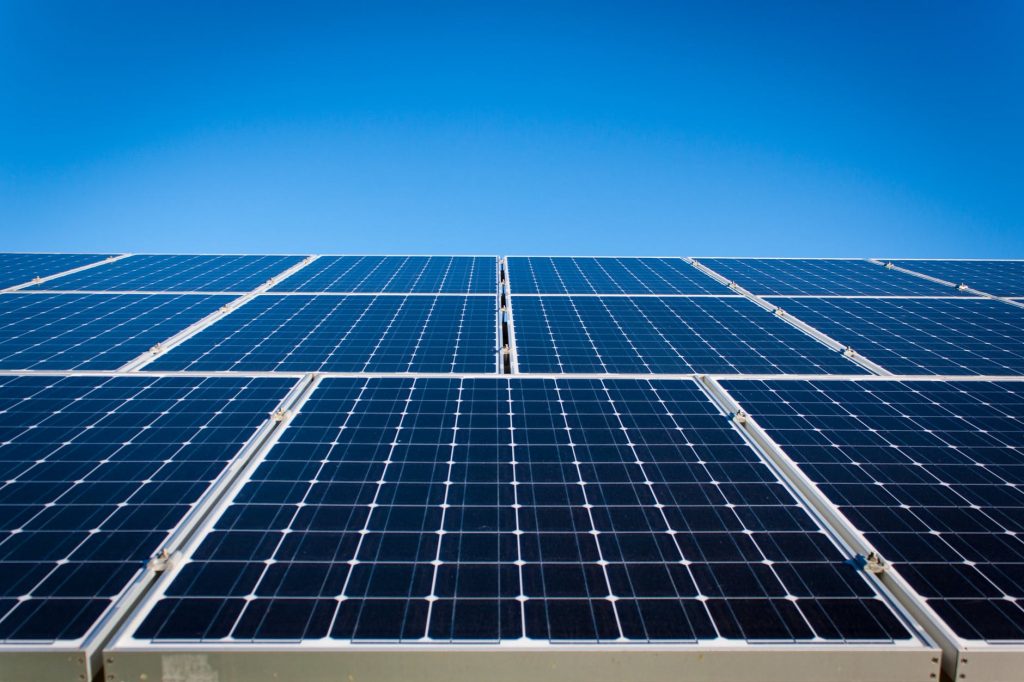 Chronicled and explained in detail are the top 6 advantages of owning a portable solar generator today either in your home, office or whatever space it is that is yours and you spend substantive time in (or around).

The fear of power failure is a real one – especially if you’re a workaholic and wouldn’t want anything to stop you from delivering on that all important project you’re handling at the moment.

This is especially true given the fact that power companies many need to carry out routine maintenance on the grid or a natural disaster (like a hurricane) may force the authorities to cease power for some time.

Without a portable solar generator, you are likely going to live in dread of such moments and would constantly have the fear of power failure hovering over your head (when you have an important, power reliant project) like the Sword of Damocles.

However, the advantage of a solar generator in such a scenario is that it completely changes the narrative: for once, you are not bothered about finishing sensitive projects even in the sad event that power supply is threatened.

And who (I’ll love to ask), does not love this all important feeling of power on demand?

2. A Portable Solar Generator Is Perfect For Indoor Use & Eco-Friendly

Flowing directly from the point above (1) is this very one.

It also from number one above that this question flows in a very natural and simple fashion: “if power is needed on demand, why not the traditional, gasoline powered options?”

The answer is simple and quite straightforward: carbon monoxide.

An odorless, colorless and completely tasteless gas, carbon monoxide may be mistaken, at first glance, to share the same properties with water.

However, unlike water, it is lethal – and has been the cause of death of many who made the mistake of keeping it too close to them, especially as they slept.

This is why, operating a traditional gasoline generator indoors is highly advised against.

However, what if leaving the generator outside while it is switched on isn’t an option? This scenario can easily be envisaged in large apartment houses where theft of the unit is imminent.

Or, what if a large apartment house is not involved but sadly, the elements do not allow placing your beloved gasoline generator outside?

This is where a portable solar generator comes to the fore – and truly shines, showing its versatility. This is also where indoor use, as one of the advantages of solar generators comes to play.

Powered by a lead acid battery (but now mostly powered by lithium ion models), a portable power station has nothing significant in it, save an inverter and the solar panels that feed it.

Now, all these components are completely eco-friendly and none of them (individually) or the unit as whole emits anything poisonous – or anything at all (not to talk of the super dangerous gas, carbon monoxide).

Aside the deadly carbon monoxide, one of the reasons a portable solar generator (particularly) and solar energy generally remain instructive to have remains the noise free reality of solar powered devices.

Let’s face it: aside the grid (which can turn unreliable at anytime), pretty much any other portable powered device comes with noise and often, its most brutal, annoying spec.

Now, this is not a scenario anyone appreciates or worse, wishes to be around.

Imagine, starting up your gasoline powered generator to round up a project and instead of focusing on the task at hand, you’re instead faced with the noise its combustion engine makes, making it practically impossible to focus.

Or, imagine starting up a similar unit, powered by gasoline and having all the neighbors gathering around your front door each with his/her own complaint on how you’re so intent on slitting their eardrums.

The sad part about this is that, there are no true quiet gasoline powered generators. The reason for this is dead simple: the ‘quietest’ options are rated at least 50 dB, making them still very noisy in comparison to their solar counterparts.

On the other hand, a portable solar generator is super quiet, making it virtually impossible for the ear to pick up any sounds even with the unit very close.

If you’re thus interested in sanity as you work, there is simply no alternative to the solar generator, especially a smart good one.

Sometime, power is needed on the go – and to achieve this, one’s arms generally are put to the test or an SUV (read: truck) is involved.

This is especially so when you need power in a place and the source of it is in another.

For instance, if you’re getting ready for a picnic, RVing or camping, the last thing you’ll love to drag along is the hefty gasoline generator – even if you own or have access to a truck or an SUV.

It would not also make sense to expect that where you’ll be camping will be served by the grid: many of such pleasant destinations are not so served. As a matter of fact, they are well away from general civilization.

Considering leaving all power hungry tech behind is also not a very smart option: this’ll certainly spoil all the fun!

What is then, the very best option in such a scenario? Portable power that can easily be moved from one place to another.

Thanks to options like the Audew 500Wh solar generator, you don’t get to carry power generators that are more than 14 lbs in weight.

Importantly, despite the light weight reality of same, you can still afford to power all things smart and power hungry in such a scenario.

Truly, what beats that?

5. The Reality Of Zero Free Emissions

Everyday, we wake up to the reality of the ozone layer depletion, caused primarily by harmful, gaseous emissions and ultimately, responsible for the changing climatic reality of the world today.

As a way of containing this challenge, smaller cars (as against SUVs) are encouraged. But, this is just a tip of the iceberg. General behavioral changes are preached with the most elaborate being the reality of leaving less carbon footprint.

Sadly, traditional gasoline powered generators are not designed to be emission free (due to their combustion engine design) and must burn fuel and release poisonous, non-friendly gases.

To tackle this, nothing is more effective than a portable solar generator. This is especially true because of the fact that the unit uses, essentially, an inverter, battery and solar panels – all ensuring one of the cleanest energy sources known to mankind.

If you thus care for the earth and are bothered about your carbon footprint, nothing beats a unit that doesn’t attempt to pollute the air and harm the ozone layer nor does it emit any gas whatsoever when either in use or storage.

MORE: When And Why Do You Need A Portable Solar Generator?

The price of gas is always going up. Hardly does anyone wake up to the news of lower gas prices.

This reality and narrative does not in anyway appear to be changing soon. As a matter of fact, things are likely to get worse, spiraling the price of gas right through the roof!

When juxtaposed with the modern challenges of family life, rent, transport costs and other sundry expenses of modern living, no one wants – or should be taxed with the added expense of buying gas daily for his or her generator (a gasoline generator tank of gas is good for at best, a 12 hour use).

With a portable solar generator, there is certainly no need for gas – the unit gets charged directly by sunlight, something that is in excess and something which you already have with you at the moment.

For many models of solar generators today, it is worth noting that even when the sun fails (which is very rare) and the unit must be used, other charging options like AC (powered by the conventional grid) and DC (inspired by your car’s battery) are standard – ensuring that you don’t only save on cost, you also do so in style, amongst an array of options.

Wrap Up On Solar Generator Advantages

Solar generators (especially the portable variant) are truly a life saver, in this age and time.

Sadly, many persons and families today, do not agree. To make matters worse, even the folks and families that agree, usually quote a plethora of reasons why they cannot, have not or simply, will not get one!

All the excuses tendered simply remain what they are: excuses.

However, in emergencies, when the need strikes, all such excuses fade up and at best, do not simply hold water.

Do not regret at such a time; do not wish you had got something cleaner, smother, quieter and ultra reliable sooner than later.

Believe me, the time to consider a portable power station is now, not tomorrow.