In today’s world, where advances in technology are the order of the day and things in almost every field are not as rigid as they once were, systems thrive on options.

The means by which any particular thing can be done have multiplied with the advent of cutting-edge technology in various spheres of life.

It is therefore very fitting that power generation also now has innovative, portable methods that can greatly benefit humanity. It is to this effect that the portable solar generator exists.

First Off, What Is A Portable Solar Generator And How Does It Work?

Otherwise known as a portable power station, a portable solar power generator, as the name suggests, is a sunlight-powered device whose main feature is the conversion of sun (solar) energy into electrical energy.

It does this by trapping sunlight via purpose-built, portable solar panels.

The device also includes a battery charger, which enables the solar-generated power to charge the battery.

There is also an inverter, which converts the electricity trapped via the panels and stored in the batteries from direct current (DC) to alternating current (AC).

It is this alternating current that powers devices as needed.

The quality that makes them stand out from other solar generators is suggested in its name: its portability – mobility, transferability and compactness.

In being easily movable and amenable to various uses, it is thus different from fixed solar generators like regular solar panels and the solar water heating systems. 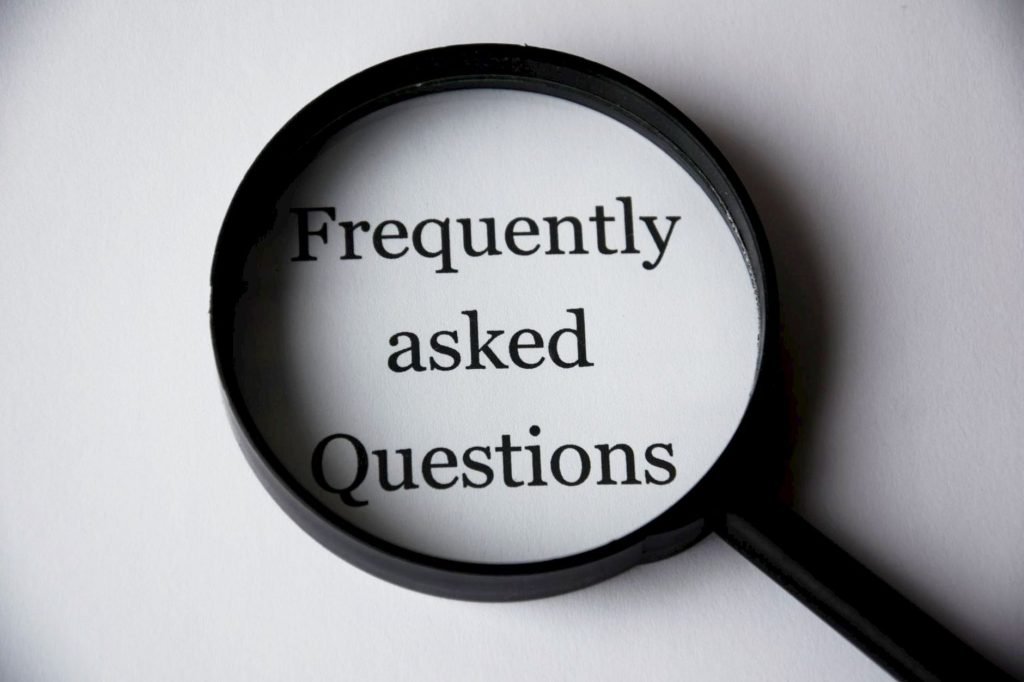 When Would You Need A Portable Solar Generator?

In reality, our need for a portable solar generator may actually be as wide and as broad as our need for electrical power in general.

The solar power generator is, however, a highly flexible and dynamic device.

It has such versatility and adaptability that it is useful even in circumstances that traditional sources of electrical power could not have imagined.

The situations in which a portable solar generator would be needed are probably inexhaustible, but a few of these would be discussed below, and in no particular order.

Portable solar panels are good for the times.

Climate change is a reality today, and the world is moving in the direction of combating it.

The International Energy Agency (IEA) estimates that carbon emissions will continue to rise by 100 million tonnes per year for at least 20 more years.

It is more in tune with the times, as it does not contribute to emissions failing to take account of climate change.

What is more? It is green.

Any entity – human or corporate – that finds itself needing to be more respectful of ‘God’s green earth’ while requiring and using alternative power will do well to look to the portable solar generator. It is friendly to the environment and energy-efficient.

Their sounds can literally be heard from a distance, and if you are close, it can be very inconvenient.

As the portable solar generator is noiseless, a need for quietness or serenity is another circumstance in which one may opt to use it.

People and systems thrive on alternatives and options.

This is why there is what they call an external hard drive in computing parlance, which backs up data on a computer.

There is always a need to have an alternative source of power in case the main one disappoints.

And the main one does disappoint.

Here in the US (as with many other countries of the world), the primary source of energy for the production of electricity is coal, oil, water and gas.

This means in turn that the hydro-electric and thermal and or fossil fuel power plants are the two major types of power plants operational in most countries of the world today.

These electricity sources are not always reliable, so the portable solar generator comes in as a handy tool for alternative power, when these options fail.

MORE: Can I Use A Portable Solar Generator While Charging It?

Carefully outlined below are the circumstances which you would need to have a portable solar power station around you.

On a lighter note too, please note that the following are also the circumstances which you would regret, greatly, if you do not have a portable solar generator around.

1. In Situations Of Interrupted Power Supply Of A Routine Nature

There are three (3) typical scenarios in which erratic or interrupted power supply can routinely happen:

Firstly, electricity supply is usually interrupted during power station shutdowns. It is customary to shut down power stations for routine maintenance.

For instance, in February 2018, energy giant Eskom shut down the Koeberg Power Station in South Africa for refueling. There are also times when power stations shut down because of equipment failure or for business reasons.

There are places in some parts of West Africa where there are only a few hours of power supply in a day.

The real meaning of ‘erratic power supply’ is felt in these parts. This is mainly due to low capacity of power installations.

An October 2019 USAID fact sheet paints a gory picture: Nigeria generates around 4,000 megawatts as against a requirement of almost 13,000!

Compare this to South Africa that generated 40,000 megawatts for 62 million people in 2012. It is that bad for Nigeria!

Frequent, routine power outages are thus the result in Nigeria and many other third world countries that are in a similar power mess.

Various incidents, occurring especially in Western Europe, North America and Australia have been known to cause power shut-offs.

As recently as October – November 2019, California’s largest power company shut off power to millions of people, leaving tens of thousands of homes without electricity.

This was as a result of wildfires that practically threatened to let hell loose.

Hurricanes are as unfortunate as they come.

They cause power disruptions of a massive scale here in the US and in a great deal many other states, up North.

In September 2016 for example, Hurricane Hermine hit Florida, disrupting power for more than 350,000 people in Florida and Georgia.

In all of the above scenarios, the portable solar generator has come in readily as an alternative, back-up source of power.

2. When A Back-Up Power Source Needs A Back-Up

The portable solar generator also serves as a handy ‘back-up for back-ups’.

This pristine power source still does not come to mind as a first-choice source of power. The traditional gasoline generator remains the most popular for now, probably because of the tyranny of the familiar.

In most cases where the regular gasoline or diesel generator is the main back-up, it is known to often fail for one technical reason or the other.

Or there may just be a need to rest it. Or people may just lose their preference for it.

When any of these happens, people often turn to the portable solar generator.

The point must be made here that the functions enumerated above can also be carried out by fixed solar generators.

It is, however, universally far more advantageous to use the portable, mobile solar generator variant.

For one, in many parts of the world where power outages are not frequent, people can access electric power from a power grid at relatively cheap rates – as is the case here in the US.

As battery storage for fixed solar power generators is expensive, it makes no economic sense to install them – when there is no immediate use for them. This might actually amount to paying for nothing!

The second obvious advantage is the portability, thus versatility, of the portable solar generator. Who wouldn’t rather use it, seeing that it can serve the above purposes as well others listed below?

Lastly, here, it would sound as though a portable solar generator, being relatively small, may not be able to serve these functions. But it can! This really does depend on the capacity and wattage of the respective model!

With a capacity of 3075Wh for example, the Goal Zero Yeti 3000 Lithium can power fridges, coffee makers, power drills and other household (and industrial) electrical gadgets with an ease that is absolute.

The ‘portability’ of the portable solar power generator is significantly demonstrated here. Its portability is proved beyond all doubts when we actually carry it about and have it serve varied needs.

People should feel free to go camping and picnicking (picnics) without worries about how to charge their phones and power other devices.

The power requirements for each event determine the capacity of the portable solar generator that may be called upon.

So just think of portable solar generators as an adaptable power source of varied capacities that can suit varied requirements!

One can feel like taking long walks sometimes, for exercise or just for the fun of it! There may be the need to power one or two handy electrical devices during such walks, in which case a compact solar generator can come in handy!

Recreational vehicles are the closest thing in the world to what one might describe as a ‘mobile fun house.’

All kinds of fun activities can take place in an RV, which is typically used for vacationing.

It is difficult to even imagine a sleeker way to power an RV than with a suitable portable solar generator.

Outdoor religious activities, where people sometimes meet in tents, are not uncommon in parts of Africa, Asia and even here in the US.

Portable solar generators of appropriate specifications can conveniently serve both the events themselves and the adherents who attend them.

The portable solar power station is in itself a utility device and the uses highlighted above can all be described under the umbrella word, ‘utility’.

It still feels quite compelling, anyway, two mention two uses that highlight the great ‘utility’ and versatility of this amazing invention.

Car batteries many times do not give notice before they run down.

When they become that unwilling, portable solar power stations can force them back to life!

The 500 Wh-capacity Audew portable power station, for example, has a car jumper port – perfect for this manner of ‘gig’.

There is a mind-blowing sense in which portable solar generators can be used to obtain food!

Portable solar generators are known to power fishing lights at night, thereby attracting fish and can also charge the battery of a fishing boat.

While portable gasoline-powered generators can also achieve this, you certainly don’t want to take all that gasoline with you on a fishing expedition!

In view of the above many and varied uses of a portable solar generator, it is a wonder why it has not flooded the global market (yet)!

It is safe to conclude that only a few inventions are more useful than this ultra-useful, ultramodern phenomenon!

Usually, it is always easy to conclude that things are NOT needed than to see their usefulness (especially when money is to be expended getting them).

This is basic, simple human nature.

However, will that also apply here after I’ve elaborately laid down exactly why you need a portable solar power station and even included the exact circumstance where one would be super useful and handy?

Only you can decide – that is well within your power now. Note however that, the consequences of not deciding smartly aren’t in your power – and this sad end can mean many less than ideal things!

Do have a solarful day!